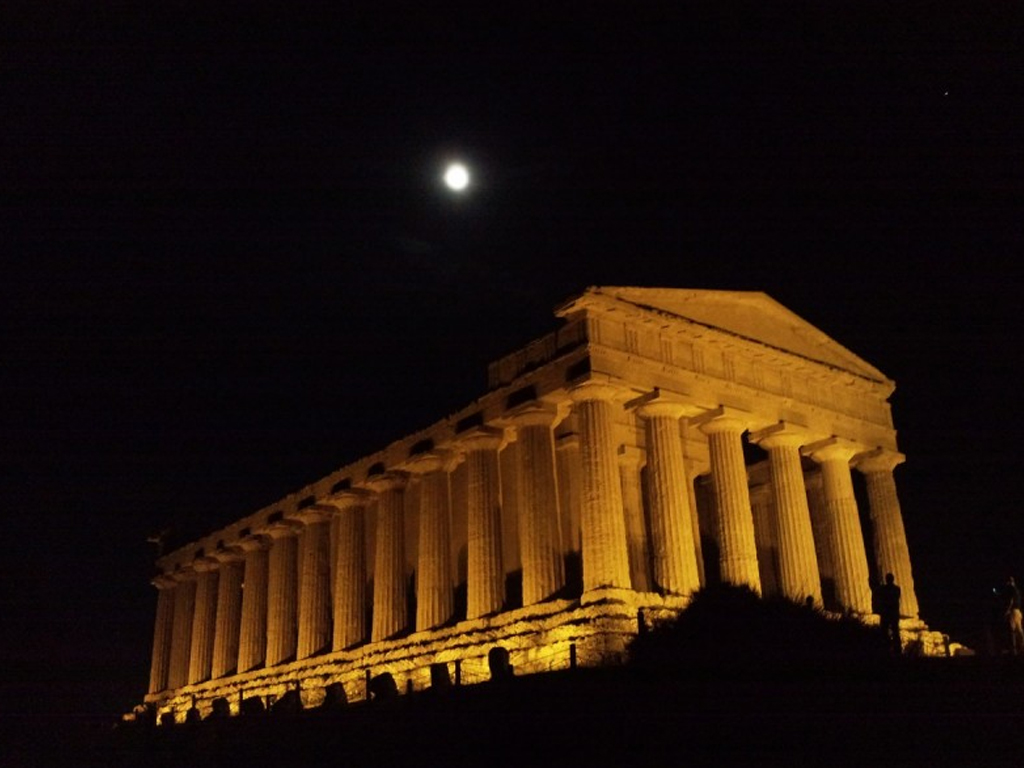 The Valley of the Temples in Agrigento (World Heritage Site by UNESCO) according to Goethe, “I’ve never seen splendor like this in my entire life” and is a wonder to discover. The Temple of Concord, the Temple of Hercules, the Golden Gate, with the eponymous nineteenth-century villa, the Necropolis and Villa Aurea, and Telamon (a male monumental sculpture of the fifth century BC.) in the Temple of Zeus are some of the colossal monuments to visit.
In the Valley, you can follow a nature trail. Between the Temple of Castor and Pollux and the Temple of Vulcan, there is one of the most beautiful parks in Italy. In the Garden of Kolymbetra, designed in 500 BC, there is a mix of archeological reperts and old trees of almond and myrtle.

Let’s move on from the the temples to the city. The historic center of Agrigento is a place of its own which, with its narrow and stone-paved streets, is reminiscent of certain areas of North Africa, full of paths to discover. Comele Houses of Pirandello and the Abbey of the Holy Spirit, with its Baroque church and cloisters of the thirteenth century. Here, the nuns prepare almond paste and an unusual sweet version of couscous made with wheat, almonds and pistachio.

The itinerary continues – if you wish – along the coast and along the golden beaches of San Leone, or at the time of the Scala dei Turchi, a beach having pure white rock cliffs.
Further down along the itinerary is the Natural Reserve of Torre Salsa, 760 acres of land and sea before reaching Eraclea Minoa, one of the island’s most beautiful beaches, between rocks and pine trees. (Extracted from www.viaggi.corriere.it)

Cost per person: €50 (From the third person on the cost is €40 per person) Prices do not include entrance fees for attractions, dining, or other various spenditures. Prices are VAT included