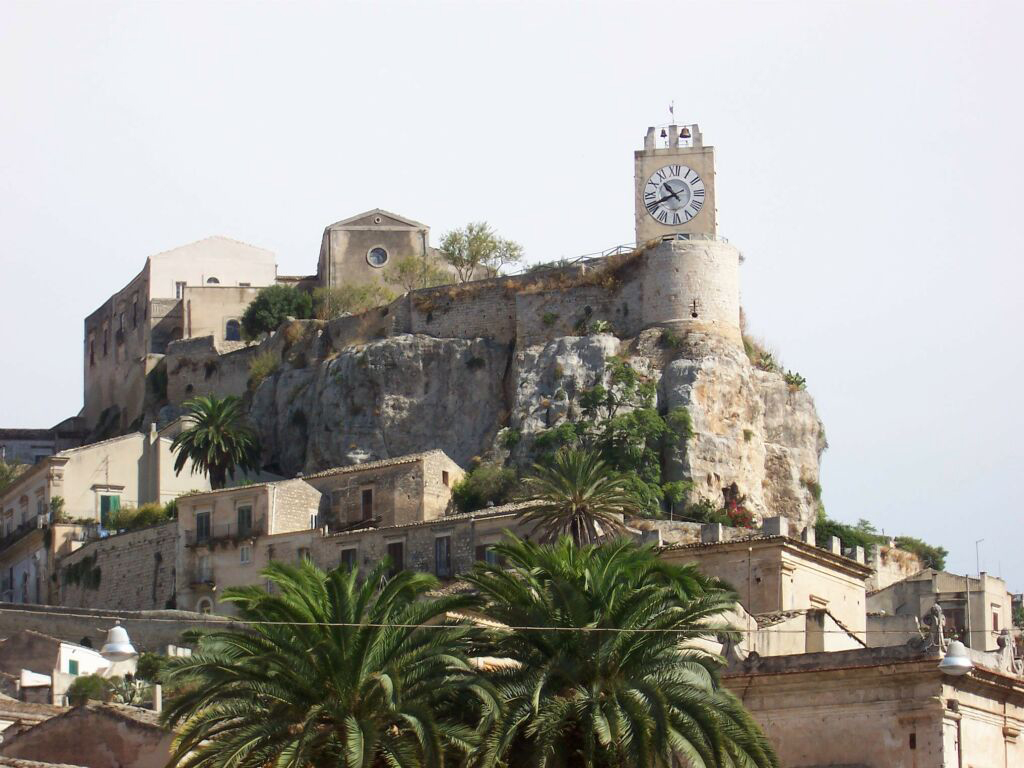 Bufalino called it a “split pomegranate”. It’s also written in the first edition of the Encyclopedia Treccani as “the most distinctive city in Italy after Venice” when the highways were built after the unification of Italy, and the place existed as caves with rivers flowing through.

The city is terraced at different levels, where entire neighborhoods are concentrated in small areas, yet houses the most impressive monuments. The tower of the castle of the Counts looms of both St. Peter and St. George cathedrals, while the landscape characterizes the urban layout of the historic center divided into Upper and Lower Modica. Modica is a city-scene of haunting beauty, which became a Heritage Site by UNESCO, built on four hills overlooking the gorges of two rivers.

The spectacular staircase with 250 steps, leading to the Cathedral of St. George, the spectacular view from Pizzo, near the Church of St. John, is where the city seems to rise into the sky. A home among the facades of white stone and black stone floors, it’s the birthplace of Salvatore Quasimodo (open to the public every day except Monday). Not to be missed, the Church of St. Peter is preceded by statues of the Apostles, and Palazzo Tedeschi, with its carved images of mermaids, dolphins, monsters and the 250 step spectacular staircase that reveals the architecture of the church of St. George, the Cathedral of the city.

In the Palace of Mercenaries, there is the Museum of Arts and Popular Traditions, home of an incredible wealth of shops including that of a “dolciere” where centuries ago, the chocolate was prepared by techniques used by the Aztecs. Till this day Modican chocolate is still prepared in the same way. That’s why Modica is so famous for its chocolate as it was inspired by the ancient recipe handed down by the conquistadors returning from Mexico, repared in 1880, in the old Dolciera of the historical center.

It is an amazing baroque town and the location of the popular Montalbano television series Montalbano by Andrea Camilleri and a World Heritage (UNESCO) site.

“Who comes not far from the coast,” writes Vittorini, “perceives that lurks with ten thousand black windows within entire height of the mountain.” Along the palm decorated streets and eighteenth-century churches, such as San Bartolomeo and Santa Maria la Nova, we see palaces of the old nobility like the eighteenth-century Benevento in Via Nazionale. From here, it is worth going uphill to the churchyard of St. Matthew, where you can enjoy a magnificent view of the city.

It is one of the most beautiful and extensive coastlines in the province of Ragusa. A beach that extends about 2 km until you reach the area of “Pisciotto”, a unique display of industrial architecture (it was a brick kiln). In 1900, it was destroyed as a result of a fire and made famous by the television series Inspector Montalbano. Part of the beach is covered by a small forest area and is surrounded by sand dunes. The clean beach and the coastline of dramatic cliffs make Sampieri a favorite spot to sun bathe. Along the beach there are plenty of beach clubs and shore lines where one can spend afternoons and evenings.

For those who prefer, you can visit Modica in the morning and spend the afternoon at the beach or vice versa, ie., starting the day at the beach and ending with an evening snack in the baroque city, or only do Modica. One can even do a single Ragusa-Modica-Scicli excursion .

Duration of excursion: Appoximately 9 hours (duration can be reduced at one’s liking)

Cost per person: 40€ (From the third person on the cost is €30 per person) Prices do not include entrance fees for attractions, dining, or other various spenditures. Prices are VAT included